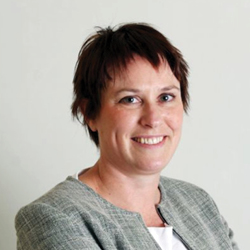 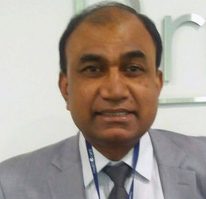 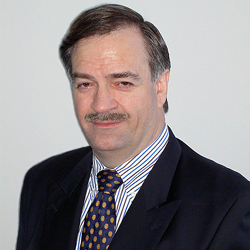 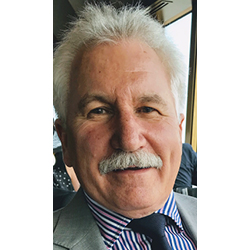 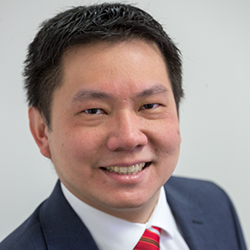 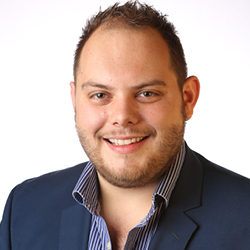 Adam Griffin is the current director of Queensland’s Clinical Forensic Medicine Unit. He received a medical degree from the University of Queensland and a Masters in Forensic Medicine from Monash University. He is a Fellow of the Australasian College of Legal Medicine, foundation member of the Australasian Association of Forensic Physicians, and member of the Forensic and Clinical Toxicology Association. Dr Griffin enjoys study and research, educating others, playing tennis, recreational pursuits in IT and travel.

Phoebe Mainland is a consultant anaesthesiologist, a Fellow of both Australian & New Zealand College of Anaesthetists (ANZCA) & Hong Kong College of Anaesthesiologists (HKCA). She continues to hold appointment as Honorary Clinical Associate Professor, Department of Anaesthesia and Intensive Care,
Chinese University of Hong Kong. Phoebe read for MA (Medical Ethics & Law) from King’s College, London and has sat on various committees related to these interests including health ethics committees and a medical defence organization advisory committee. Phoebe was admitted as a Fellow of Australian College
of Legal Medicine in 2008 and appointed as a Council Member as of 2019. She is also a Member of the Academy of Experts (UK). Phoebe was 2017/18 President of the Medico-Legal Society of Victoria. In 2015 she was awarded a Churchill Fellowship for her project related to patient safety.

Mike O’Connor is Professor of O&G at Western Sydney University and a Visiting Obstetrician & Gynaecologist at The St George Hospital, Kogarah, and St George Private Hospital, where he is Chairman of the Patient Care and Clinical Review Committee. He is a Conjoint Senior Lecturer at UNSW in the Division of Women’s and Children’s Health and Lecturer at Sydney University. From 1981-1983 he was Medical Superintendent at the Women’s Hospital (Crown St.) in Sydney. For 6 years Mike O’Connor was a Federal Councillor of the Royal Australian & New Zealand College of Obstetricians & Gynaecologists, representing NSW and served as Vice President of the College from 2002-2004. His College work included the development of an Indigenous Health Worker training program in antenatal care, adult and neonatal resuscitation courses as well as courses on the management of sexual assault. He established the Chapter of Military O&G in the RANZCOG and is its Chairman. Mike O’Connor was awarded the Gold Medal of the RCOG at the MRCOG exams in 1975 and in 1982 he was awarded the degree of Doctor of Medicine (Sydney University). He holds Diplomas in Diagnostic Ultrasound & Child Health. He is an active member of the ACLM, the ASCCP and the ASUM. He has a Master’s degree in Health Law from Sydney University and a Master’s degree in Forensic Medicine from Monash University. He acts for both Plaintiffs and Defendants as an expert witness. He is a section editor for the Journal of Law and Medicine. In 2009 he was created a Member of the Order of Australia in recognition of his longstanding work in Indigenous Health.

Dr. Selva Mudaliar has been practicing as a rehab physician in Melbourne for 20 years. He has recently become Director of Rehabilitation at Beleura Private Hospital. Currently he is the Clinical Head of the Orthopaedics and Prosthetic Rehab at the Royal Melbourne Hospital and also consults at the SJOG Rehab hospital, Brunswick Private Hospital, Frankston Pain Management Clinic and Casey Pain and Rehab Clinic. He was the Director of Rehabilitation at Peninsula Health from 2002 to 2009.

Selva’s qualifications include DSM, FAFRM, AFRACMA, Grad Cert in Legal Medicine, Grad Dip in Law (Monash) and FACLM. He has completed legal studies and has been admitted to the Victorian Legal Admissions Board and the Supreme Court of Victoria as an Australian Lawyer. He was one of the very first candidates to obtain his fellowship in legal medicine by successfully completing the college exams. Previously he has been an Honorary Lecturer in Medicine at Monash University and also taught Medical Law to 3rd and 5th year medical students. He spent 8 months in the Medico-legal Dept at Royal Melbourne Hospital as sabbatical. He previously served as a member of the specialist medico-legal advisory committee of RACP and of the Victorian Critical Incident Review Panel.

Les is more polymath than dentist or lawyer. He graduated in Dentistry in 1978 and took an honours degree in Law in 2004. He served as a Commissioned Officer in the Australian Defence Force for a total of eight years, four of which as a full time RAAF Dental Officer. In addition to having been in private practice as a dentist for many years, he has variously been a partner in a Business and Taxation Law firm, a Registered Migration Agent and a professional photographer. He has tutored in Systems Analysis and Business Computing as well as designing one of the first comprehensive software packages for managing dental practices. He has also presented at various national and international conferences on topics as varied as taxation law, dental practice management and dentistry and the law. A former Vice-President of the now defunct Naval and Military Club he currently maintains membership of the Melbourne Savage Club and the Royal Air Force Club in London.

He is active in medico-legal assessments with MLCOA and sees patients with general medical conditions as well as musculoskeletal pain. He is an Assessor with the Motor Accident Authority in NSW, accredited for Dispute Resolution with SIRA and an Approved Medical Specialist with Workcover in NSW and Tasmania. He is approved and has extensive experience in the use of AMA 4th and 5th Editions for Permanent Impairment assessments.

He also has interests particularly in the assessment the effect of medical conditions on work capacity – this includes conditions such as chronic fatigue syndrome. He also has particular expertise in assessing patients’ capacities after cancer treatment.

He has acted as a Medico-Legal Advisor with the medical indemnity company (MIPS). Currently he advises on medical malpractice cases through the Assess Group and through his private practice, Gorman Medico-Legal.

Dr Suyapto completed his medical degree in Adelaide in 2003 and completed his residency in most Adelaide metropolitan hospitals. Dr Suyapto completed his specialist Occupational and Environmental Physician training in May 2014. He sees patients with complex occupational injuries and completes medico-legal assessment and report. He obtained a Bachelor of Laws in 2018 and Fellowship of the Australasian College of Legal Medicine in 2019. He is an accredited permanent impairment assessor in South Australia, Western Australia and Victoria.

Alexander Holden is a dentally-qualified ethicist. He is currently Senior Lecturer and Head of Subject Area for Professional Practice which is concerned with ethics, law, professionalism, sociology and communications within the context of dentistry. Alexander is a member of the Discipline of Population Oral Health. Alexander's research has several approaches, from qualitative sociological work, to critically examining ethical issues and legal analysis. He currently teaches across all years of the Doctor of Dental Medicine and Bachelor of Oral Health courses. Alexander also holds roles with the Australian Dental Association as a Federal Councillor, and with the Dental Board of Australia as a member of the NSW Registrations Committee.

Shelley Robertson has practised as a Forensic Pathologist for over 25 years. She obtained her medical degree (MBBS) and law degree (LLB) from the University of Melbourne, Fellowship of the Royal College of Pathologists of Australasia, Diploma of Medical Jurisprudence (Worshipful Society of Apothecaries, London), Fellowship of the Australian College of Legal Medicine and Fellowship of the Faculty of Forensic & Legal Medicine (Royal College of Physicians). She developed an interest in fatal aviation accident investigation and completed a post-graduate Diploma in Aviation Medicine and a Masters Degree in Health Sciences (Aviation Medicine) from the University of Otago. She is a member of the RAAF Specialist Reserve, rank of Squadron Leader, and was awarded Fellowship of the Australasian College of Aerospace Medicine.  She currently is Honorary Senior Fellow, Department of Pathology, University of Melbourne and runs Forensair, a Forensic and Aviation Pathology consulting business providing expert medicolegal opinion in matters of unnatural death, homicide and aviation accidents.

Roy G. Beran is trained as a consultant neurologist and accredited sleep physician, in addition to working within legal medicine, military medicine and aviation medicine.  His qualifications include: MBBS, MD, FRACP, FRACGP, Grad. Dip. Tertiary Ed., Grad. Dip. Further Ed., FAFPHM, FACLM, FRCP, FAAN, FACBS, B Leg. S, MHL and FFFLM (Hon). He is registered with the Australian Health Practitioner Regulation Agency (AHPRA) as a specialist in Neurology, Public Health and Sleep Medicine and is a Designated Medical Examiner for the Civil Aviation Safety Authority. He is a medical assessor for Dispute Resolution for the State Insurance Regulatory Authority and an assessor for the Workers Compensation Commission of New South Wales (NSW). He is a Conjoint Professor of Medicine at the University of NSW; Professor in the School of Medicine at Griffith University, Queensland; and Professor, Chair, Medical Law, Sechenov Moscow 1st State University, Moscow, Russia.  He was the inaugural Visiting Professor at the International Research Institute of Health Law Sciences at the Southern Medical University, Guangzhou, Guangdong Province, China.

He is: a founding Fellow of the Australasian College of Legal Medicine; a Past President of the College, having stepped down in 2011, while remaining on Council, and was awarded the second ever Honorary Life Fellowship of the College. He is the Australian Governor and was the Secretary General and remains a Vice President of the World Association for Medical Law (WAML), having served on the Organising Committee of numerous World Congresses on Medical Law, presided over the World Congress, in Sydney, in 2004, and successfully bid to host the World Congress to be held on the Gold Coast, Queensland, in 2022. He was the first Honorary Fellow of the Faculty of Forensic & Legal Medicine of the Royal College of Physicians (London).

In Neurology, he is: a Fellow of the Royal Australasian College of Physicians; a Fellow of the Royal College of Physicians, Edinburgh; Corresponding Fellow of the American Academy of Neurologists; and a Member of the Australian and New Zealand Association of Neurologists.  He is a Member of the Australasian Sleep Association, serving on various committees thereof. He pioneered the conduct of clinical trials and undertaking research within private practice, having been principal author in publications which included leading academic/tertiary referral institutions. He has published in the order of 320 papers, book chapters and letters to the editor, presented in excess of 370 papers at national and international meetings and written or edited 15 books, including ‘Legal and Forensic Medicine’, and is on numerous editorial boards, including being the editor in chief of the international journal, Medicine and Law, for the WAML.

He was an officer in the Royal Australian Navy Reserve (holding the rank of Commander) and was awarded membership of the general division of the Order of Australia, in 2015.

Marnie is a lawyer, researcher and academic.  She has extensive experience establishing and leading multi-jurisdictional legal functions of businesses in various sectors including health, forestry, construction, engineering and manufacturing.  She is currently Group General Counsel of Australia’s largest dental group, the Smile Solutions Group. The group comprises Smile Solutions, the Core Dental Group and various other healthcare practices specialising in orthodontic, periodontic, endodontic, prosthodontic and paediatric dentistry, and in oral & maxillofacial surgery.

Marnie’s primary academic and research work examines how Australian judges and doctors deal with conflicts involving the medical treatment of seriously ill young people (adolescents) and children.  She is a PhD Candidate in Law at Monash University and completed part of her research as a Recognised Student at the University of Oxford.

She is a Non-Executive Director of the Hush Foundation and holds Fellowships with the Governance Institute of Australia and the International Intellectual Property Strategists Association. She has a Bachelor of Laws, a Bachelor of Science (Hons) in molecular biology, and a mini MBA from Boston University.